Among the many small but charming museums in Buenos Aires is Museo Larreta. Bearing in mind that my Spanish is, let’s say, “raw,” my translations aren’t super awesome and might be corrected as I, you know, learn more stuff.

The museum is in the home of Argentine writer Enrique Larreta, and the collection is principally his own, because when super rich people spend time abroad they often return with a lot of Renaissance-era tchotchkes. Larreta was born in 1875 to a wealthy family, wrote a book I understand to be an important piece of Argentine Hispanic modernism called La Gloria de Don Ramiro set in 1500s Spain, was ambassador to France from 1910-1919, and wrote some other stuff that does not get near the play that Don Ramiro gets. It might be charming-sized for a museum, but for a house in the middle of the biggest city in South America (when it was built), it’s damn near palatial.

The museum is mostly items from Renaissance and Baroque Spain, as Larreta was really into the Spanish Golden Age. He brought back furniture, paintings, carvings, and even curtains.

The museum includes rooms devoted to Larreta and his life, as well. The family’s chapel room, the dining room (where those curtains are located), and the writer’s study are set up for visitor perusal. 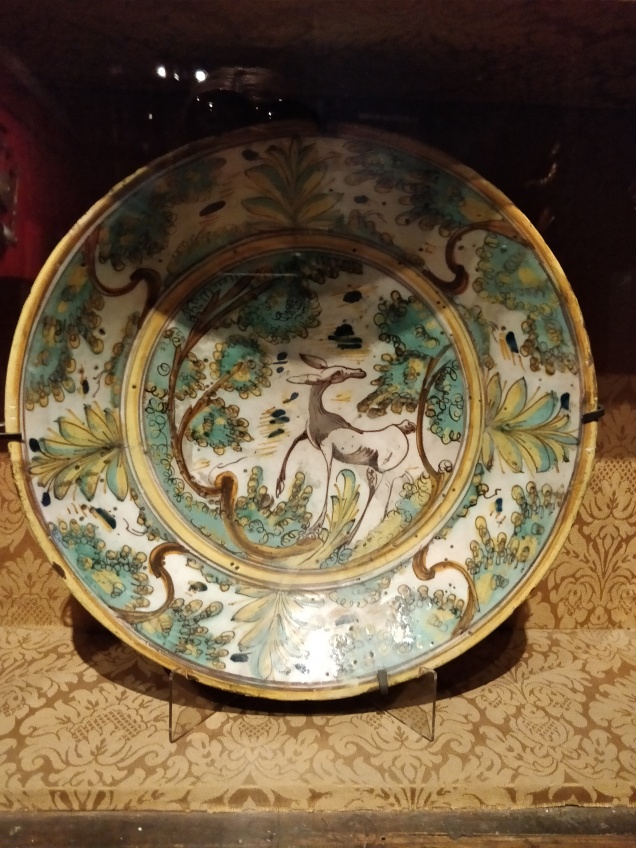 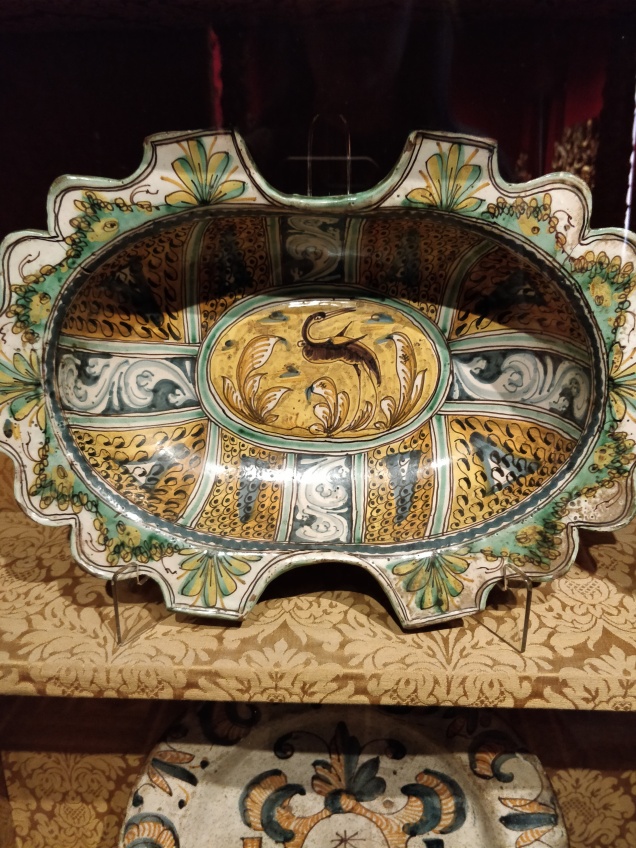 The museum has incorporated some multimedia elements, including the floor show pictured above in the main room. The best use of multimedia is the touchscreen information display for a large altarpiece in the Sala de Infancia de Cristo. 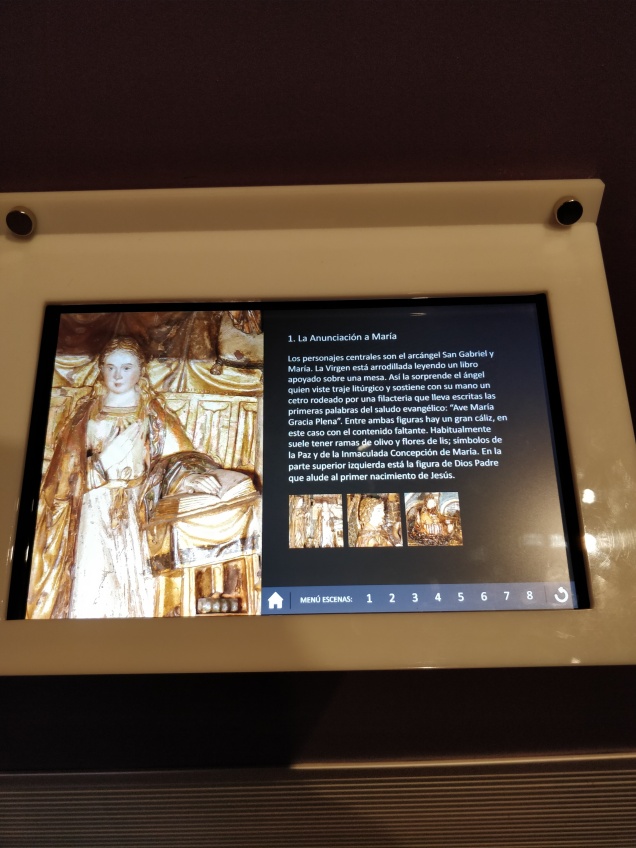 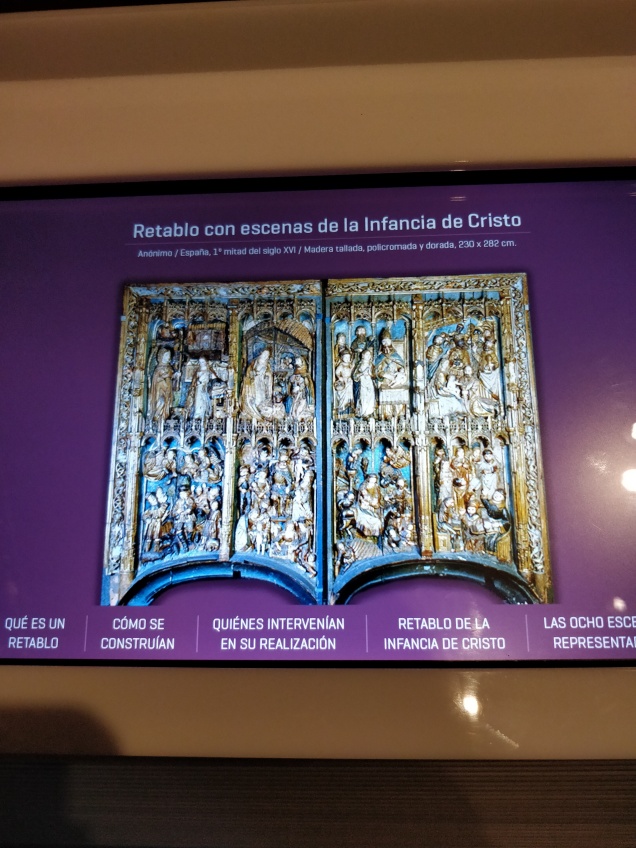 Other notable views for looky loos are the amazing Andulsian patio:

And the impressive, Moorish-influenced bathroom:

My favorite part of the whole shebang, though, is the garden. Full of paths and lovely features and also cats, it’s great for meandering. 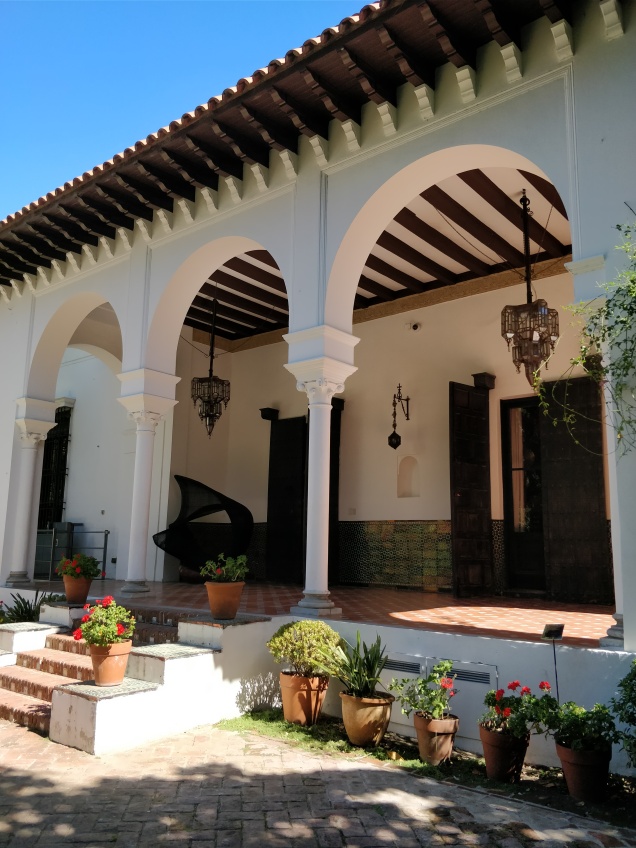 The garden has a contemporary sculpture exhibit throughout, often incorporating living elements of the garden: 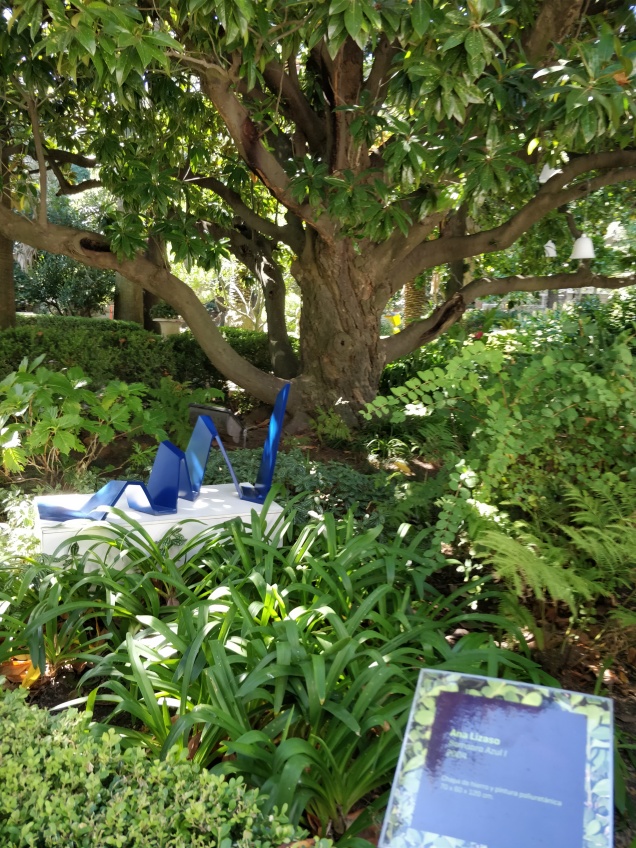 The best part of the garden is the ombú tree. Planted about 100 years ago by Larreta’s son, the ombú is enormous. It’s hard to get a sense of its scale from a photo. 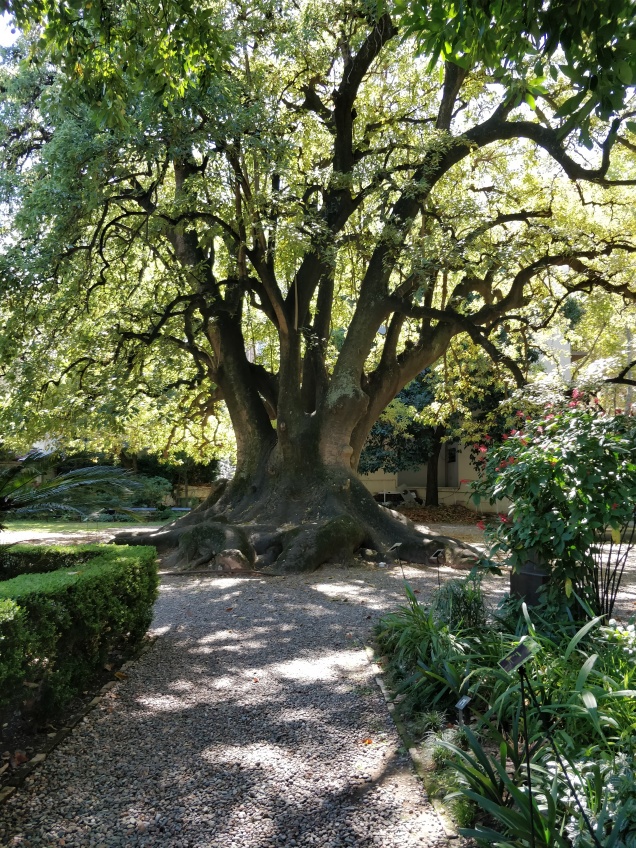 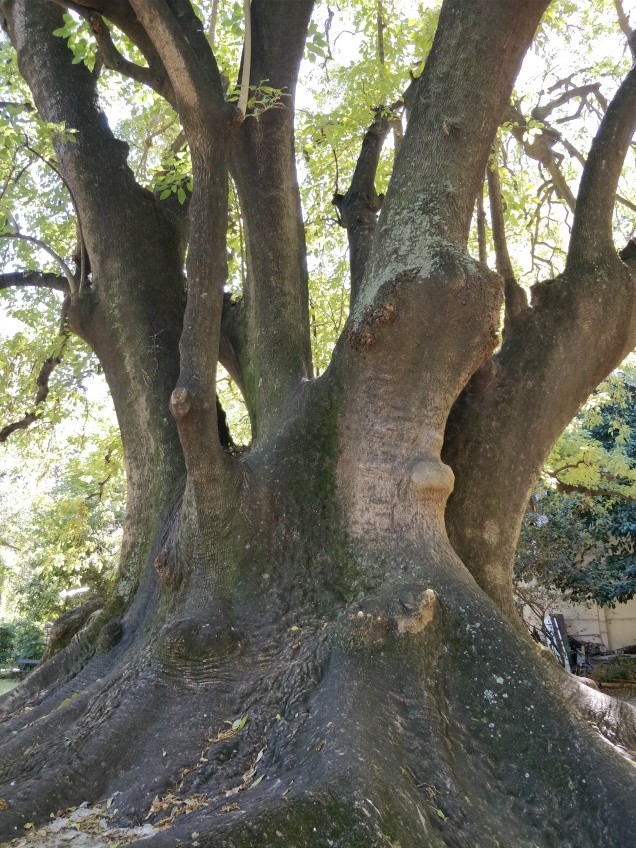 So here’s the garden map, to give you an idea of its size.

So let’s get down to brass tacks:

LANGUAGES: Only the bare minimum of the signage includes an English translation, but the photo function of the free Google translator app or the Microsoft translator app work pretty well; you will definitely get the gist.

TOURS: There are scheduled guided tours of the museum and garden in Spanish.

SHOP: There is no shop, but you can purchase a nice booklet of the museum for 80 pesos ($4.00 USD) or a fancy edition of La Gloria de Don Ramiro (for much more than that).

HOW TO GET THERE: The museum is very close to the Juramento stop of the D line of the subway and a yellow tourist bus stop.

KIDS: Not recommended for little kids. There’s nothing particularly interesting for them, pieces are out and easy to reach, and if they’re short and run off in the garden, you’re gonna lose sight of them.

FOOD IN THE AREA: There’s a nice cafe attached to the museum and several types of cafes and restaurants within a few blocks.