Sooner or later, I’m going to get to some of the Big Museums of the city, but I must say, I really enjoy poking around the little gems. It doesn’t take long to go through them, but you can just feel the love, ya know? So today, here’s another wee treasure of culture and anthropology.

The Museo Nacional del Hombre blends right into the neighborhood:

And therein you will find some rooms devoted to the native peoples of Argentina. The first room covers historical objects of and information on ancient cultures.

The exhibits then move into the contemporary culture and works of different peoples, which I am not going to try to get into too much because this has been a five-day weekend and my brain has melted. This includes the festival of Aréte Abáti, a harvest festival in the Chiriguano Chané community of Jujuy and Salta. 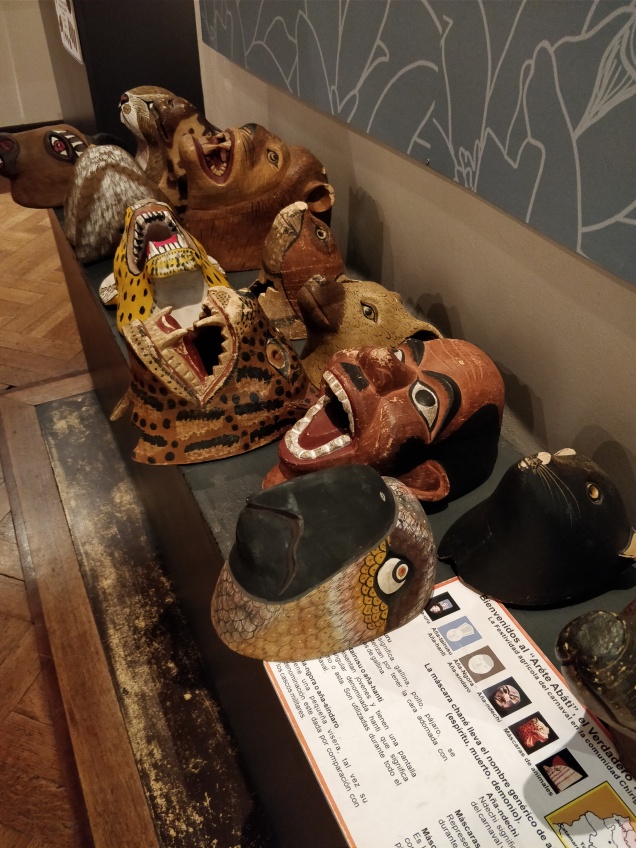 The masks are part of that festival, and, ever the fan of interactive museum exhibits, I was pleased to see a selection of masks available for handling.

Being a textile nerd, I also enjoyed the display and information on the weaving of the Wichí people (Jujuy and Formosa). A plant called chaguar is gathered (not cultivated) and its fibers are woven into a number of goods: 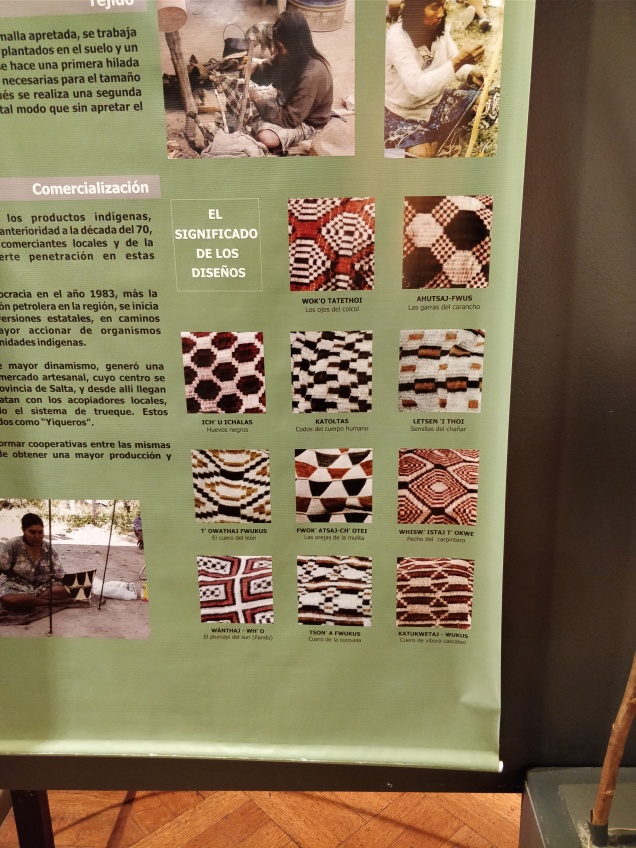 Representative crafts are also displayed from the Mbyá (Misiones region):

And the incredible silverwork and textiles of the Mapuche (southwestern Argentina):

There is also an exhibit on a culture that did not survive its contact with European settlement, the Selk’nam, who lived in the southernmost part of the country.

The upstairs portion of the museum currently houses a temporary exhibit (although it’s been in place since last year and has no closing date) called Objetos Poderosos:

And a small display of very neat works by Graciela Henríquez, including this kinetic piece of awesome:

And once again, a mask-themed interactive photo opportunity: 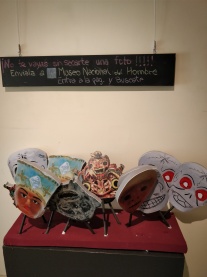 I borrowed this face for my photo.

And now, the deets:

TIME: About an hour

LANGUAGES: All Spanish. The Microsoft translator app is best here.

TOURS: Yes, by arrangement, mostly in workshop form–it’s an education-focused institution. Not a casual tour kind of thing.

SWAG: Hey yeah there is! The entry hall has a couple of museum-branded bags as well as pieces of indigenous craft. There’s also a selection of (Spanish-language) books available.

HOW TO GET THERE: Close to the Olleros station of the D line of the subway.

KIDS: Sure! School visits are their jam, so they have tried to make the place kid-friendly.

FOOD IN THE AREA: Lots of cafes within a few blocks.