I am still recovering from a “flu-like” virus, which wasn’t too bothersome as I mainly slept for three days, but I managed to make a quick visit to the Centro de Arte y Naturaleza (part of the Museums of the National University of Tres de Febrero, which also includes the Museo de la Inmigración).  It’s in a really lovely building on the perimeter of the old Buenos Aires Zoo, which was chiefly built around the turn of the 20th century and as such is a fascinating example of old zoo architecture but was closed down for being a cruelly terrible zoo.

Despite being technically within the limited-capacity (now called) Buenos Aires Eco-Park, a transformation that has not been going well, incidentally, the Centro is accessible from the outside, although you can peek out the back windows and see the maras wandering around the grounds:

The Centro itself faces the large and busy Av. Sarmiento:

It’s quite small and doesn’t take much time to visit–but it is free, has a helpful staff, changes exhibits entirely every few months, and is right within a nexus of other attractions, making it an easy addition to any plans that include La Rural or the Botanical Gardens, or any other of the numerous museums and gardens within walking distance.

Two artists are currently featured.  The first floor holds Zoología Fantástica, by Argentine biologist and artist Pablo La Padula.  From the description on the MUNTREF website: “…it invites us to re-read the historical-cultural markers that reside in scientific devices and their interpretations, as well as in the decisions that are made for scientific dissemination, and the forms that these constructions assume in the social imagination. The materials that are used, the assembly, the lighting and the organization system, come together to place the spectator in the place of the scientist.” 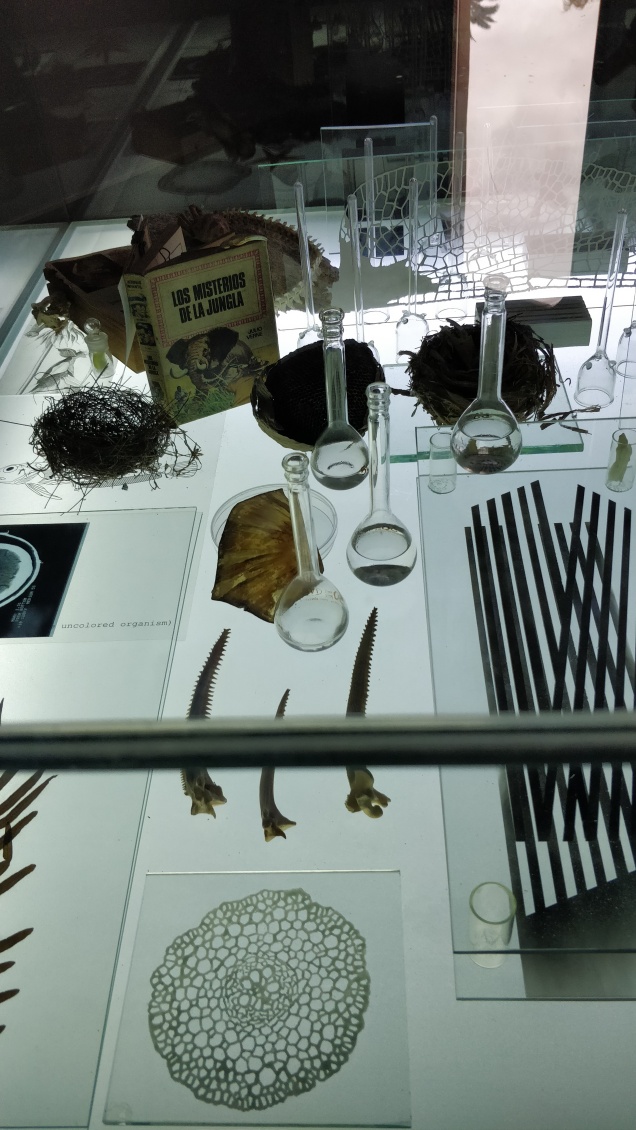 The upstairs houses a show by Peruvian artist Claudia Coca called “Do Not Tell Me I Do Not Know How to Catch the Wind.”  It examines the city’s life forms and their interaction, and includes embroidered verses. 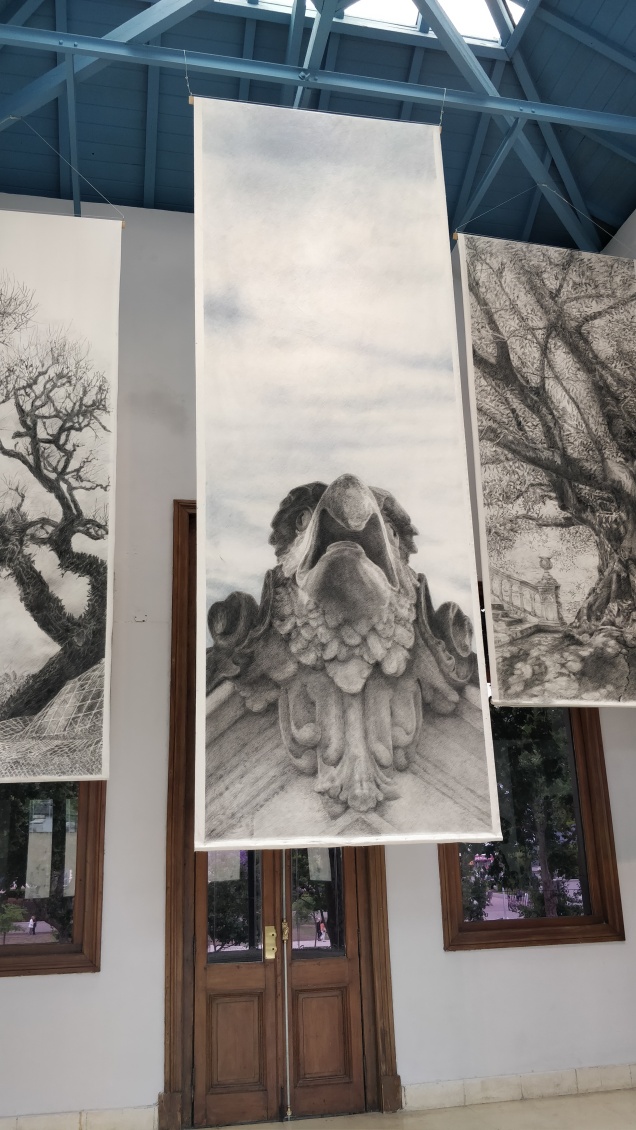 If you’re already in the area, and if you spend much time in Buenos Aires at all you eventually will be, pop into the Centro and see what they have showing.  It’s free and open Wednesday to Sunday from 2pm to 7pm.  I really hope they put whale kid on a postcard.