December is here, and despite my strenuous objections, spring is warming up the city.  These will be the last weeks to enjoy the parks and gardens without feeling super hot and gross the whole time.  It’s time to visit the plant museum.

The Buenos Aires Botanical Garden is, objectively speaking, the best place in the entire city.  It’s one good soundproofing and a few shady hammocks from achieving empirical perfection.  These are just the facts.

And there is a small sort of museum on the grounds: the main building, where garden designer Carlos Thays lived while he was director of parks and walks, so there’s a nice perk you don’t see in city governments much today.

Inside, you’ll find some models of the gardens and structures and antique prints and maps.  The whole thing is very picturesque. 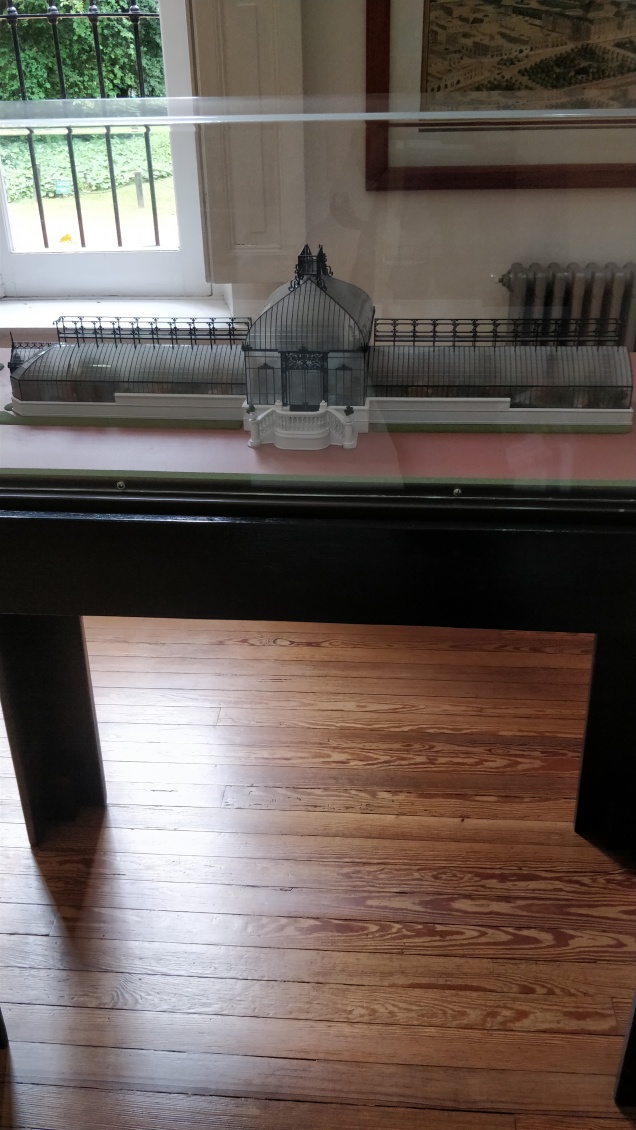 The museum/administration building is the center of the activities for the Garden, and there’s also a wee children’s library, which is adorbs.

The Garden itself has QR code labels for some of its collection, which is very handy for an outdoor museum (just go with it okay), as you see here on the artwork circuit.

And like many large public gardens, you can find contemporary art installations, too, such as “Instalación Mesológica” by Didier Rousseau-Navarre, which is meant to “question our relationship with the earth in the Anthropocene Age.”  The seeds are made from the wood of their species.

The Botanical Garden hosts many workshops and activities and is a goddamn delight.  It’s in Palermo, near the Rural, the Japanese Garden, the former zoo, the Museo Evita, and lots of other stuff.  It’s a nice place in the city to find some birds; I saw a really pretty green hummingbird.  It’s free and open every day except Mondays, and closing times depend on the season; check the website.  It’s accessible via the Plaza Italia stop of the D line of the subway and a whole mess of buses.