And for today I have the long-closed-for-renovations-but-now-open Casa de Yrurtia!  And it is looking pretty nice after years of closure.

Rogelio Yrurtia was an important Argentine sculptor in the early 20th century.  As a talented young man in 1899, he was awarded a scholarship, on which he traveled to Paris.  He would spend his career moving between Paris and Buenos Aires, where he would be known for his large scale, public works.

The museum is in the home of Yrurtia and his wife, the also very important artist Lía Correa Morales.  The couple donated the house to the country to establish as a museum.  It opened to the public in 1949; Yrurtia died the following year. Lía Correa Morales then served as the museum’s director.

The house rooms include the some of the couple’s own art collection, which I guess is a big plus to having a lot of artist friends.

The collection on display isn’t really extensive, but it is really interesting and frequently huge.  Stands to reason; Yrurtia was a big deal in public and monument art.  Maybe you think it’s kind of a juvenile assessment, being stuck on the size, but that’s probably because you haven’t been in the same small room as stuff that was designed to be viewed from far away.

At a certain point, the size is kind of an overwhelming feature.

Yrurtia created a monument to Manuel Dorrego, who had (stay with me here, Argentine history is kind of dramatic) opposed the government of the first president, Bernardino Rivadavia, and was named governor of Buenos Aires province following Rivadavia’s resignation.  Dorrego himself was not long after overthrown and executed in 1828.

Incidentally, Yrurtia also sculpted the tomb of Bernardino Rivadavia, which is in Plaza Miserere.

And here is a Justice (commissioned by super rich guy Carlos Delcasse for his tomb and copied in bronze for the national Supreme Court), depicted non-traditionally, without scales or blindfold.

The museum also shows how the sausage is made, sculpture-ly speaking, which I recall reading somewhere was part of the point of the museum’s creation (as the house was also his workshop) but now I can’t find the source for that. 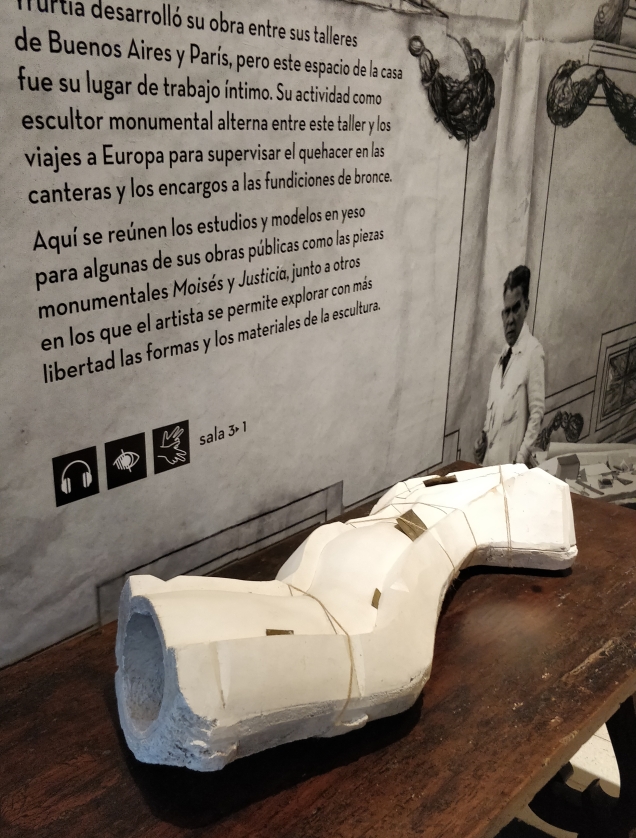 The museum does have a room about Lía Correa Morales, which it should, as she was also an important artist and doesn’t even get her name on the museum itself. 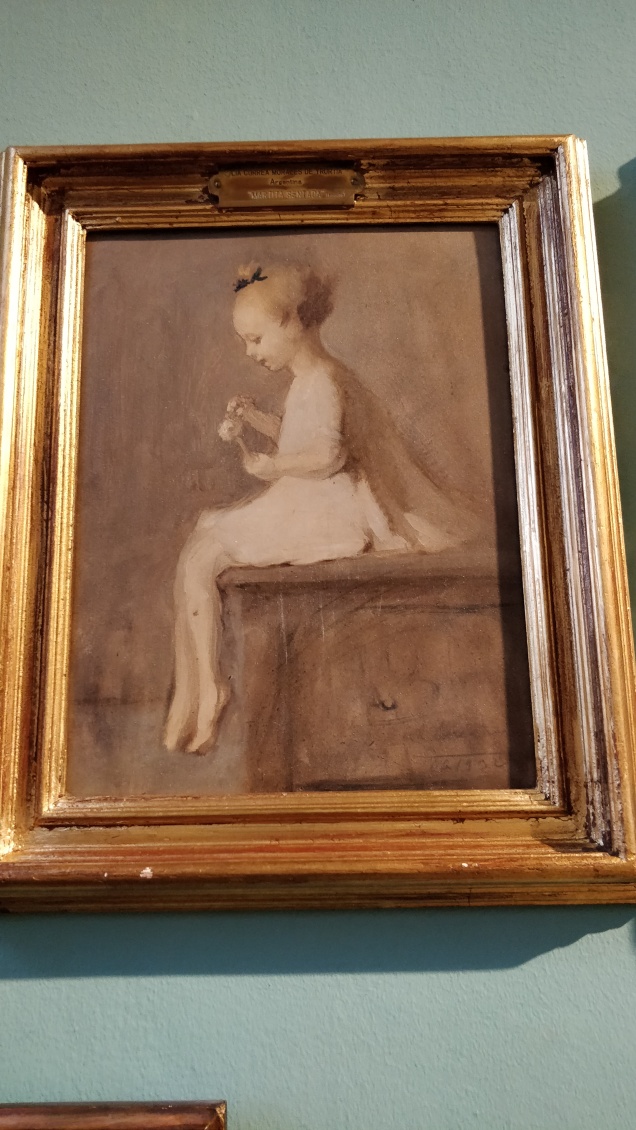 Finally, the house has a sweet garden, in which stands one of Yrurtia’s last works, The Boxers.

Like most (all?) of the small, state- or city-run museums, this one also hosts workshops and events.  The staff is very nice!  There wasn’t any English material on hand, so they printed out some translations for us.  The museum is in Belgrano, not terribly far from the D subway line, and open Wednesday through Friday from 10am to 6pm and Saturday and Sunday from 11am to 6pm.